Kimi is a specially designed ergonomic stool that is especially effective and extremely versatile. 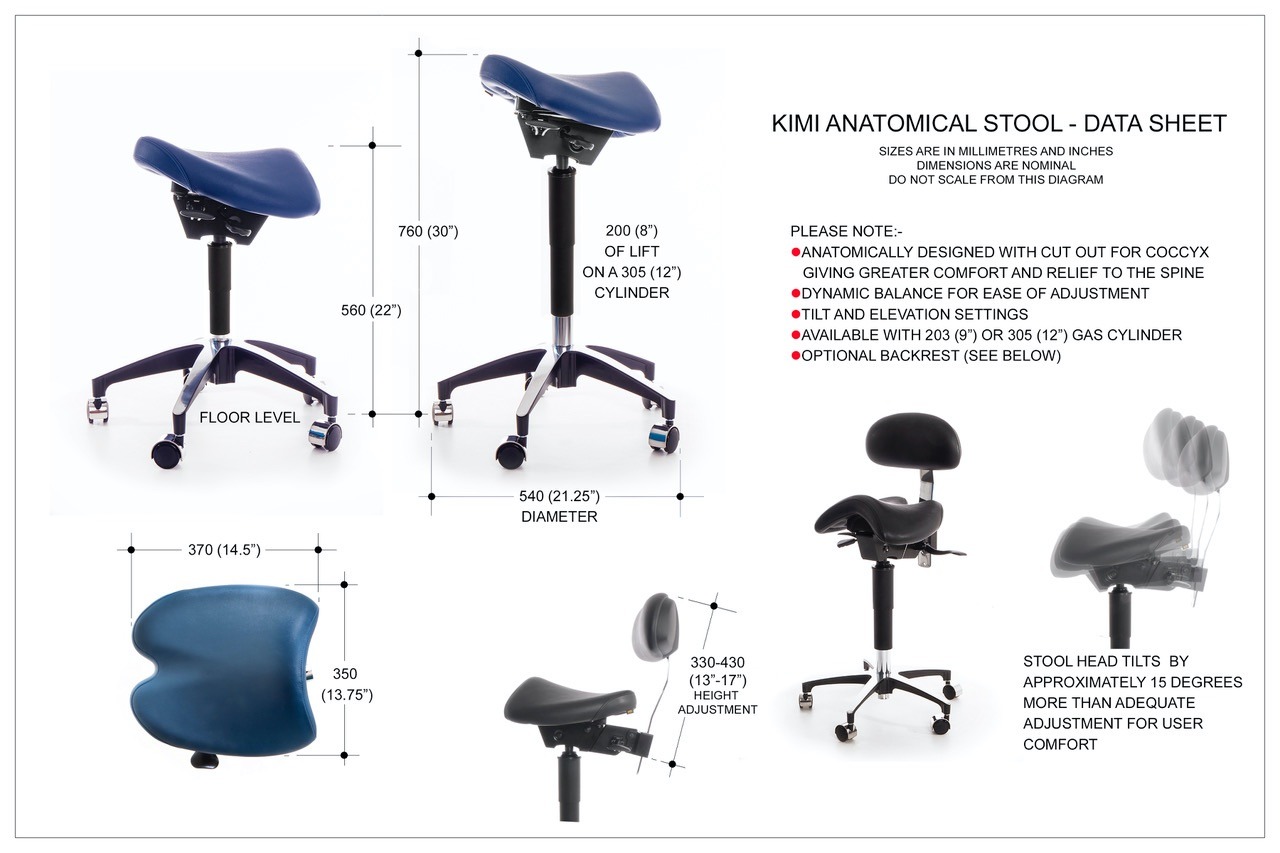 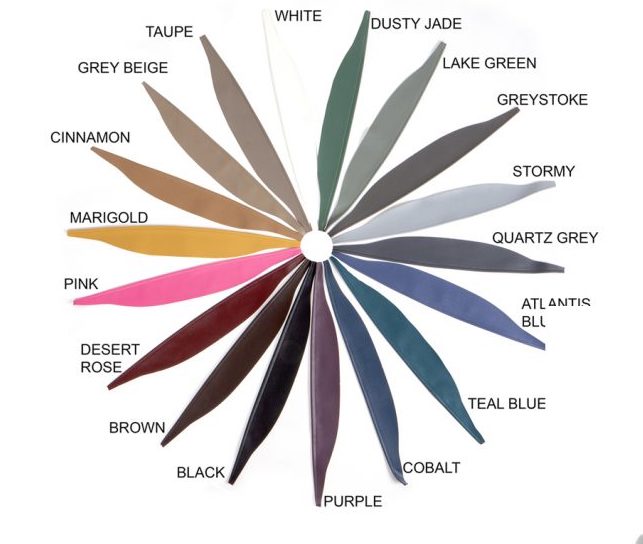 The designers and ergonomists at WBX have been hard at work on their next  model  of anatomical saddle stools.... following on from the worldwide success of the Ascot saddle we are pleased to announce the creation of our new KIMI saddle.

Working with our worldwide customers and medical/dental practitioners we were asked to create a saddle stool that had all the ergonomic benefits  but in addition helped to  improve the metabolism of the lower discs and specifically the coccyx. bone which is often referred to as the "tail" bone  at the very bottom of the spine. There are many people that can’t bear to have any pressure put directly onto their coccyx which can become worsened with continuous sitting; this condition could have been caused by a previous injury  or a medical ailment.

Our brief was to alleviate any pressure build up specifically around the coccyx area over continuous sitting....

We have achieved this by making the new KIMI  saddle with an anatomical cut out at the rear  to increase air flow and blood circulation which removes direct contact with the coccyx bone whilst sitting.... the coccyx bone is 100% free from any pressure point and the new design stabilises the pelvis automatically relieving stress on the lumbar discs and spine. The curvature at the front has been slightly widened which has resulted in a truly anatomical saddle stool for the professional operator.

Some information and facts about the coccyx (tail bone)

The coccyx refers to the last few vertebrae at the bottom of the Spine.   The name “coccyx” comes from the Greek word meaning “cuckoo” referring to the beak-like curved shape of the coccyx, which points towards the front of the body.

The coccyx is made up of three small, loosely fused bones that are attached to the sacrum and located just above the cleft of the buttocks. It is sometimes called the 'tailbone' because it’s considered the remnant of the full tail of our ape-like ancestors.

However, it does have useful functions, including:

1] Weight-bearing when sitting down.

2] Serving as an important attachment area for various muscles, tendons and ligaments

This is an uncommon condition and it’s estimated that approximately  1 in 100 cases of lower back pain is the result of coccydynia. Pain can range from mild to severe and usually worsens when sitting down because pressure is applied directly to the tailbone area.

Extensive trials have proved that sitting on the WBX  “Kimi" saddle whilst working has improved discomfort in the majority of cases suffering from cocccydynia....... but don't take our word for it..... try it you yourself....

Women are five times more likely to develop coccydynia than men. This is because a woman’s pelvis is wider and the coccyx is more exposed and vulnerable to injury. Giving birth is believed to be the most common cause of coccydynia.

During pregnancy the coccyx becomes more flexible to allow more room for birth. However, in some cases, the muscles are overstretched and permanently alter, so that the coccyx is no longer supported, triggering coccydynia.

Top quality, tough upholstery material is available in a wide range of colours - see chart above